8 Things Enthusiasts Should Love About the Toyota 86 Hakone Edition

If you don’t like Toyota’s small sports car, are you really an enthusiast? 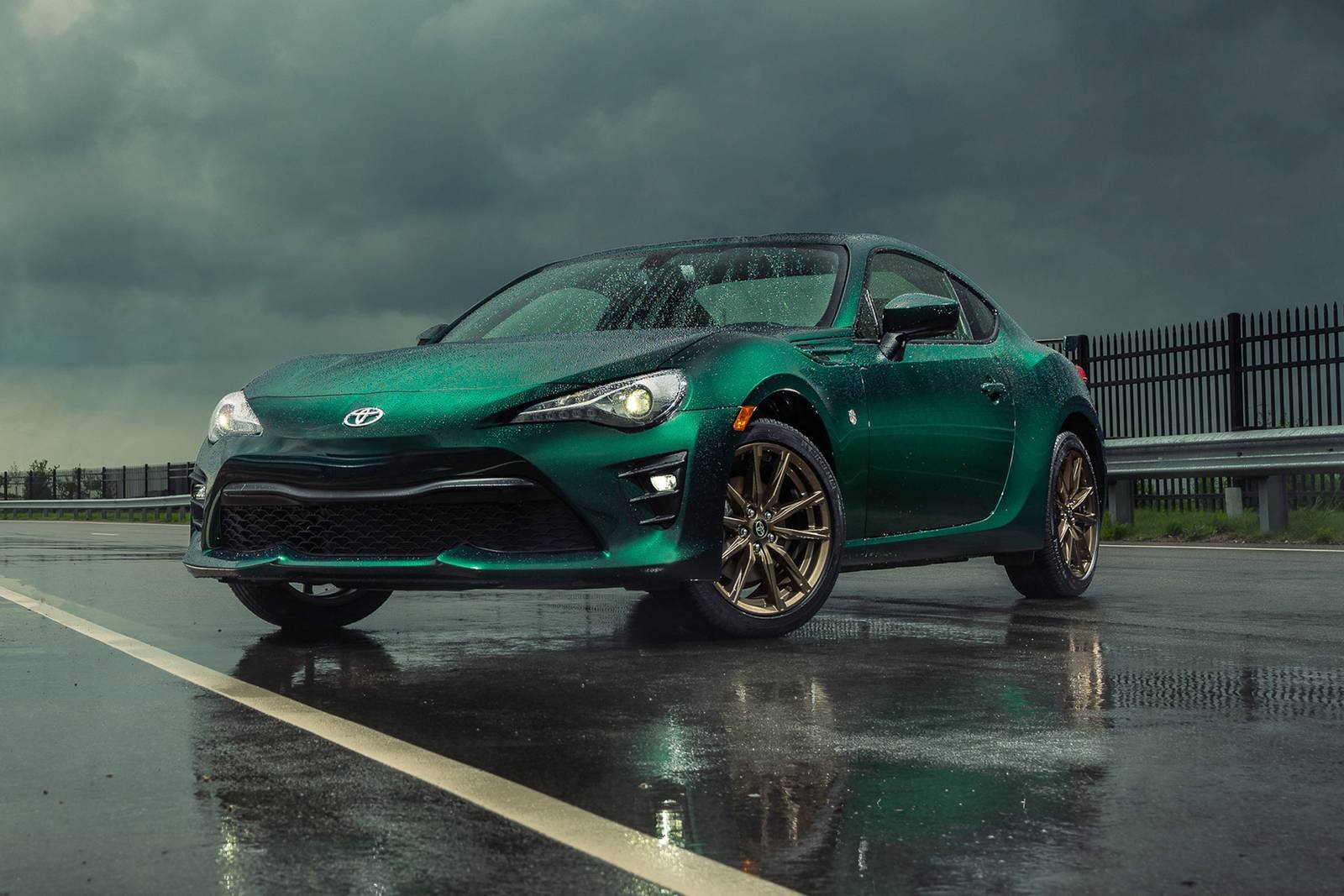 Here's your regular reminder that Toyota has been selling the model it now calls the 86 since 2012. Sure, the interior looks a little dated, and its boxer engine's output hasn't risen beyond 205 hp, but we think the sports coupe still makes a great case for itself. It's time for enthusiasts to take a step back and remember the things that continue to make this Toyota a compelling option for people who love to drive.

Green has been pretty fashionable in the automotive community for the last year, especially within the folks who are very tapped into the network of car photographers and personalities on Instagram. Whether you agree with the phraseology or not, the #makegreengreatagain hashtag has been used nearly 20,000 times! As Automobile's social media guy, that stuff matters to me a lot, so I was more than happy to post up my photos of this green machine during its tenure in my garage.

Special-edition cars are usually all about the aesthetic, so we have to commend Toyota on tapping into so many automotive trends so quickly by getting this thing out the door when it did. Even the C8 Corvette has some cool pewter-colored wheels, so why shouldn't the 86 get the same treatment? With the green paint and spoiler, Toyota outfitted this rear-drive treasure in such a way that it looks like a petite version of the iconic record-setting Porsche GT2 RS. Consider these 17-inch beauties Automobile approved.

Maybe it's just the fact that 2021 Cadillac Escalade made its debut a couple days ago, but we're really starting to worry about the fate of the small car. Luckily, Toyota seems fairly committed to the cause and continues to offer a proper sport compact. The 86 is neither too long nor too narrow, and it really proved itself to be a perfect little sportscar during its stay in our fleet. We love the steering feel and its eagerness to change direction on winding roads.

Many of you may be able to recite the 86's powertrain figures by heart, but don't forget that it's hanging in there as one of the dwindling number of sportscars with a high-revving naturally aspirated powertrain. It makes peak power all the way up at 7,000 rpm, and peak torque of 156 lb-ft between 6,400-6,600 rpm. The engine note isn't awesome around town but when the variable valve timing engages, the exhaust note starts sounding pretty cool. It's entirely possible to keep the engine in its happy place, and it was my happy place, too, when I was behind the wheel.

There's nothing more depressing than a dark, bleak interior. Toyota breaks up the blandness with some supportive tan leather seats. They're heated too, which actually proved to be nice in the morning during this "cold" LA winter. It also matures the car's overall look, which helps me feel less like a boy racer and more like an adult.

This is huge for the 86 because it kneecapped the car's greatest shortcoming: the lack of a quality infotainment system. Now, Toyota happily lets the driver's phone handle music, navigation, calls, and more. I'm a big proponent of both Apple CarPlay and Android Auto, and I'm always delighted when a car has one or both because it drags even the most dated vehicle into the present. There's even a decent nook between the driver and passenger to keep a mobile device. This is one of the biggest things that made me write this ode to an admittedly older vehicle.

Like I said, I run Automobile's social media channels and as a result I read all the comments. There are still loads of people out there crying about the slow death of the three-pedal layout. Well here's a cheeky reminder that if you've made that complaint and you don't actually own a car with a manual, here's a great one with a base model that costs less than $30,000 and tops out under $31,000 in special-edition guise.

The talk of the 86 being an affordable manual transmission offering takes us to our final point. This striking special edition car rings up at $30,825 after the delivery and processing fees. The last Mazda Miata RF Grand Touring we tested came out to a whopping $37,070. Poker