The Ultra-Rare Porsche 916 Sells for Close to $1 Million

The 914 variant that could have been a 911-beater brings a big price at auction. 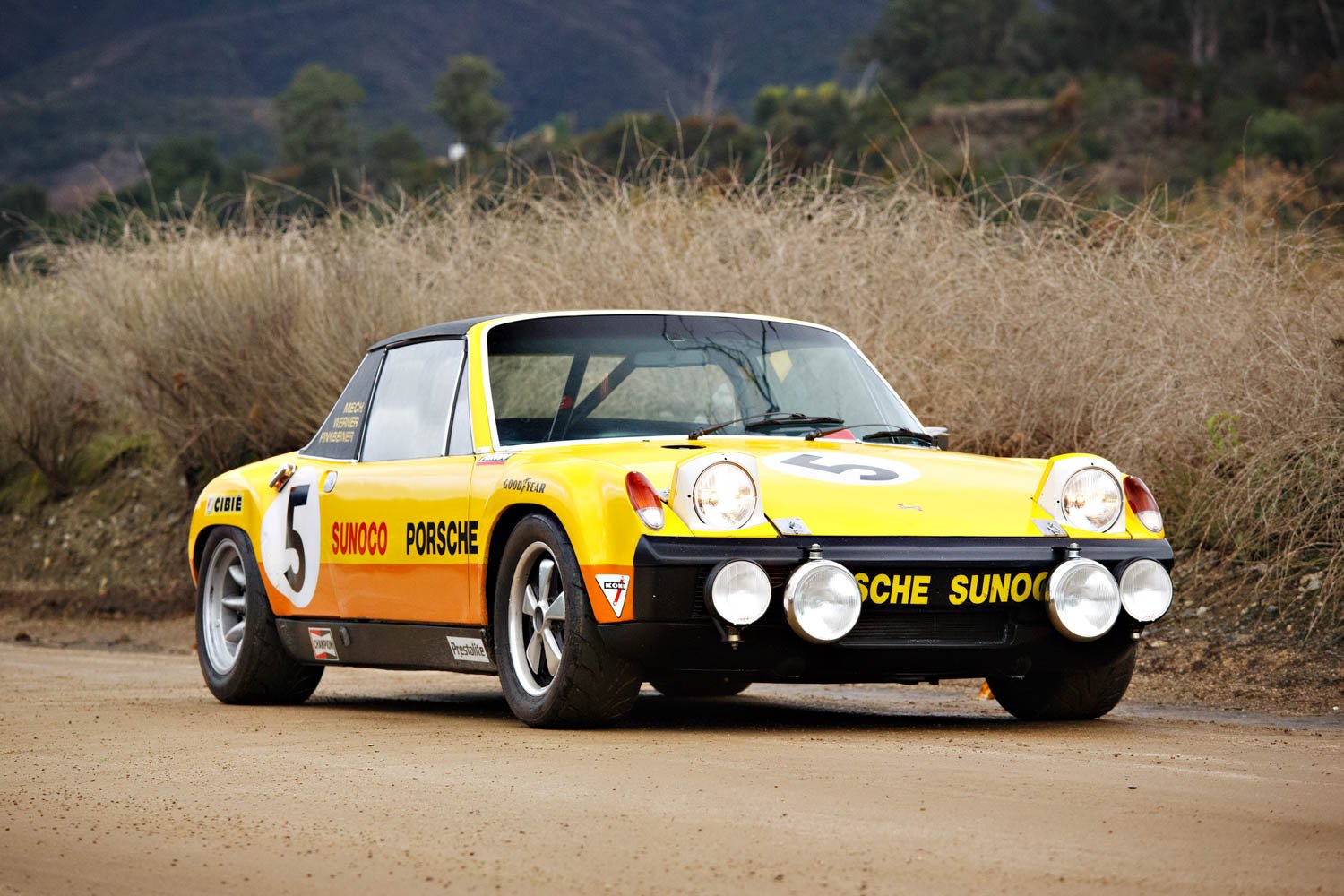 This 1972 Porsche 916—a vehicle with a fascinating backstory and interesting previous ownership history—ended up selling for an eye-watering $957,000 (including fees). All of the factory-built 916s are rare and valuable, but this yellow one joins the fantastically-named 1971 Porsche 916 Prototype nicknamed "Brutus" in the neighborhood of a million dollars. This is a great result for an exceeding uncommon and special car, and it's likely to show the way for any other 916s without questionable lineage or condition.

You're looking at a vehicle that represents two absolute extremes of Porsche in the early 1970s. On one hand, the Porsche 914 was a polarizing "junior" Porsche, derided for its Volkswagen roots and unusual styling. On the other hand, the 916 is a vision of a different future, in which the little mid-engined sports car received a huge dose of adrenaline in the form of big flat-six engines pulled straight from hotter 911s—much more extreme than the 914/6 cars upgraded with a mild 110-hp 2.0-liter flat-six.

Even packing a big six displacing between 2.4 and 2.7 liters, the 914-based 916 was a small car. And the kind of performance brought by the engines in so small a package would have threatened the 911 substantially. That wasn't the reason the 916 project was cancelled, but it was surely a consideration. This is a dynamic that played out much more recently, when the Cayman GT4 was muzzled slightly to avoid stepping on any of its big sibling's toes.

Combine this giant-killing performance potential wrapped in a (highly modified) 914 shell, and you have one part of the 916's outsized mystique. The other is that a few were made, in the realm of 10 or 11 depending on how they're counted. You're looking at one of them right here: one of the rarest and most desirable non-911 Porsches in existence.

According to RM Sotheby's, where chassis 914.233.0011 was just sold, was built for the sister of Porsche executive Ferdinand Piëch—the architect of the Volkswagen Group's massive expansion, and the force behind such wild cars as the Bugatti Veyron and Volkswagen Phaeton. She specified the car in this yellow tone, with an interior that combined chestnut leather with a "paisley"-patterned seat. The aesthetics are, uh, a period curiosity, but they're original.

This car was completely rebuilt after spending the decades with several different owners, and we're talking completely—the shell was stripped bare, the mechanicals redone, and the interior refreshed save for the interesting seat fabric. It's a monumentally important Porsche that is as rare as it is interesting, and its hammer price makes sense in that context. วิเคราะห์บอล