All things Maserati GranTurismo on Automobile. 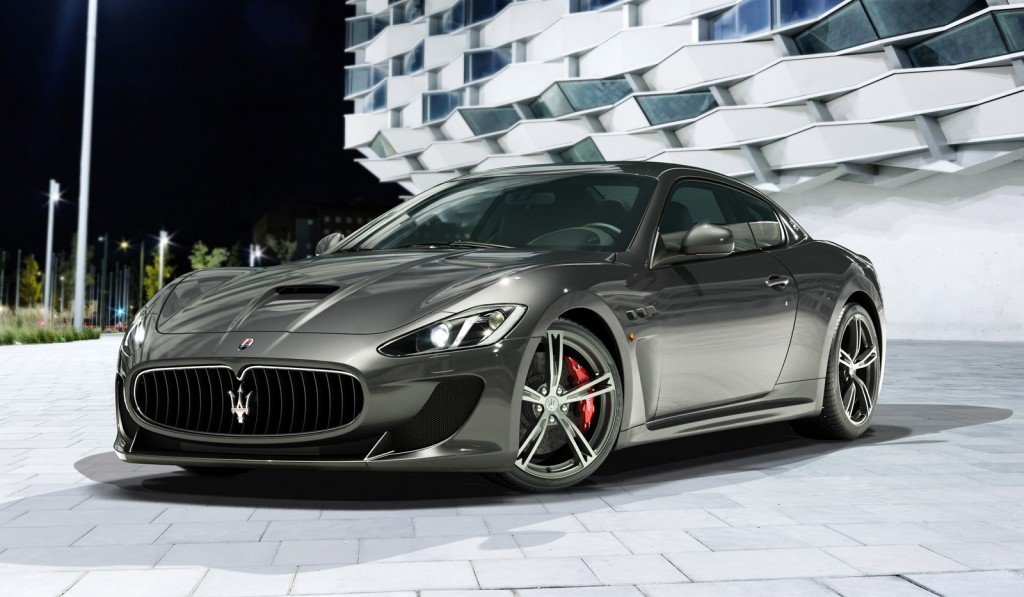 Following the brand's split from Ferrari to join the Fiat/Alfa Romeo grouping within the Fiat Group in 2005, Maserati was left without a successor to its popular Coupe family. Ferrari was hard at work on a replacement prior to the split, but retained the project as its own when it spun Maserati off—that car became the Ferrari California in 2008. After a whirlwind nine-month development period to replace the car Ferrari had been developing for the brand, the new Maserati GranTurismo launched for the 2007 model year with aggressive, shapely styling and then segment-matching design and performance.

Initially, early adopters had the 4.2-liter F136 V-8 as the only engine option. This spectacular-sounding V-8 bore genuine Ferrari heritage, as the supercar maker developed and built the engine alongside the contemporary Ferrari F430 and, later, 458 powertrains. Output from the GranTurismo's 4.2-liter V-8 was a healthy 399 horsepower and 339 lb-ft of torque, managed by a six-speed ZF-sourced automatic transmission.

Just a year later, the GranTurismo S arrived, offering a larger 4.7-liter V-8 with 434 hp and 361 lb-ft. In place of the traditional ZF six-speed was a semi-automatic six-speed transmission shared with the aforementioned F430, positioned in a transaxle orientation. An optional sport suspension and larger Brembo brakes were available, as was a louder exhaust. The GranTurismo S's 0-60-mph sprint times dropped to around 4.7 seconds, and the top speed rose to 183 mph.

The most aggressive GranTurismo—the GranTurismo MC Stradale—arrived in 2011, bringing tech and stylistic componentry from the Maserati MC racing program. The 4.7-liter V-8 remained, boosted to 444 hp and 376 lb-ft, which along with transmission shift logic lifted from the Ferrari 599 GTO and a 242-pound crash diet, dropped the 0-to-60 mph time down to 4.3 seconds and the top speed up to 186 mph. As expected, the suspension was stiffer than that in the S, and the standard Brembo carbon ceramic brakes were a first for the GranTurismo family.

The GranTurismo family received a raft of updates for the 2012 model year, including a new front fascia, reworked interior, upgraded six-speed automatic, and a new Sport trim. In the U.S., the 4.7-liter was bumped to 454 hp and 384 lb-ft of torque across the range.

If you prefer top-down cruising over the fixed-roof coupe, every variant of the GranTurismo was offered in a soft-top cabriolet variant, beginning with the GranCabrio in 2010. The GranCabrio Sport and GranCabrio MC followed in 2011 and 2012, respectively. Each GranCabrio received the same updates and power figures as the corresponding coupes.

After 12 years, the GranTurismo left production at the end of 2019, leaving the Maserati lineup without a coupe. The Italian automaker has long hinted at a production-ready version of the fabulous Alfieri concept, but nothing has materialized yet. During a program at the Maserati factory at the end of 2019 celebrating the end of the GranTurismo, Maserati officials promised a new grand touring coupe was on its way, and to expect hybridization or full electrification.

Shortly after its introduction in 2007, the GranTurismo served as a punching bag to the greater enthusiast community. Labeled too soft, too slow, too expensive, and eventually too outdated to be taken seriously, we have a sneaking suspicion that history will be kinder to the GranTurismo.

We're not so sure impressive collectability is in the cards, but when the inevitable historical think-pieces and retro reviews roll out, expect a fair bit more praise than was levied on the car when it was factory-fresh. For the final few model years, the GranTurismo was in a veritable class of its own; if you wanted a naturally aspirated, V-8-powered, rear-wheel-drive, semi-exotic grand touring coupe, the GranTurismo was your only option. Sure, that's rather specific, but it represented the Maserati's uniqueness in a full field of two-seat sports cars.

Taken as a relatively high-speed long-distance cruiser, the GranTurismo was very good. That Ferrari-sourced V-8 remains one of the best sounding engines of the past 20 years, and the long-legged platform plucked from the four-door Quattroporte soaked up bumps and miles.

Unfortunately, much like the rest of Maserati's lineup, depreciation hit the GranTurismo like a brick to the back of the head. Early model year GranTurismos in ratty condition easily can be had for $25,000 or less, with decent low-mileage examples trading hands in the mid-$30,000s or more. Much like 1990s Bentleys and aged Mercedes-Benz S-Classes, the GranTurismo is, so far, viewed more as an outdated disposable luxury item from yesteryear than a collector or enthusiast vehicle.

If you are interested in owning a GranTurismo—we can't blame you—avoid the cheap and rundown examples like the plague. Buy as new and low-mileage an example as you possibly can, with preference given to MC variants. Look for a thick sheaf of service history, and take any car you're looking at into the local specialist or dealer for the all-important pre-purchase inspection. Maserati made a ton of these things (relatively speaking), so don't be afraid to walk away from a basket case. Remember, the cheaper the car, the higher the likelihood maintenance has been deferred more than a few times.

Since this is a relatively modern Maserati, ownership will likely be less stressful than that of a more vintage Biturbo or Merak—but don't kid yourself thinking it's going to be anything close to cheap. Maintaining a regularly exercised GranTurismo should ("should" being the operative word here) fall somewhere between upkeep on a Porsche 996/997 and a Ferrari F430.

Prices probably won't go any lower, so get them now before they edge up in the future.

We say goodbye to the GranTurismo in Modena, Italy

One week with the 2018 Maserati GranCabrio is time well spent

Is The Maserati GranTurismo Reliable?

While a well-kept example is unlikely to leave you stranded, it's likely to spend way, way more time in the shop than you might hope. Maserati isn't exactly known as a byword for longevity and robustness, so expect to spend a pretty penny to keep this car on the road.

Does The Maserati GranTurismo Have A Ferrari Engine?

Indeed it does! The 4.2-liter and 4.7-liter Maserati version of the Tipo F136 V-8 was designed and built by Ferrari as a torquier, cross-plane sibling to the Ferrari F430's mid-mounted, flat-plane-crank 4.3-liter V-8.

How Fast Is The Maserati GranTurismo?

If by fast you mean acceleration, the quickest GranTurismo was the MC Stradale, which clocked a 0-to-60-mph time of around 4.3 seconds. If you mean top speed, the MC Stradale takes it again with a top speed of 188 mph.

Is The Maserati GranTurismo A Supercar?

The GranTurismo isn't and never was a supercar—and that's ok! It wasn't designed to be one. Think of the GranTurismo instead as a super GT: Something you'd like to traverse the continent in, twice-over. แทงบาคาร่าออนไลน์