Extra downforce and with no extra drag should make this modded 3 one heck of a track toy. 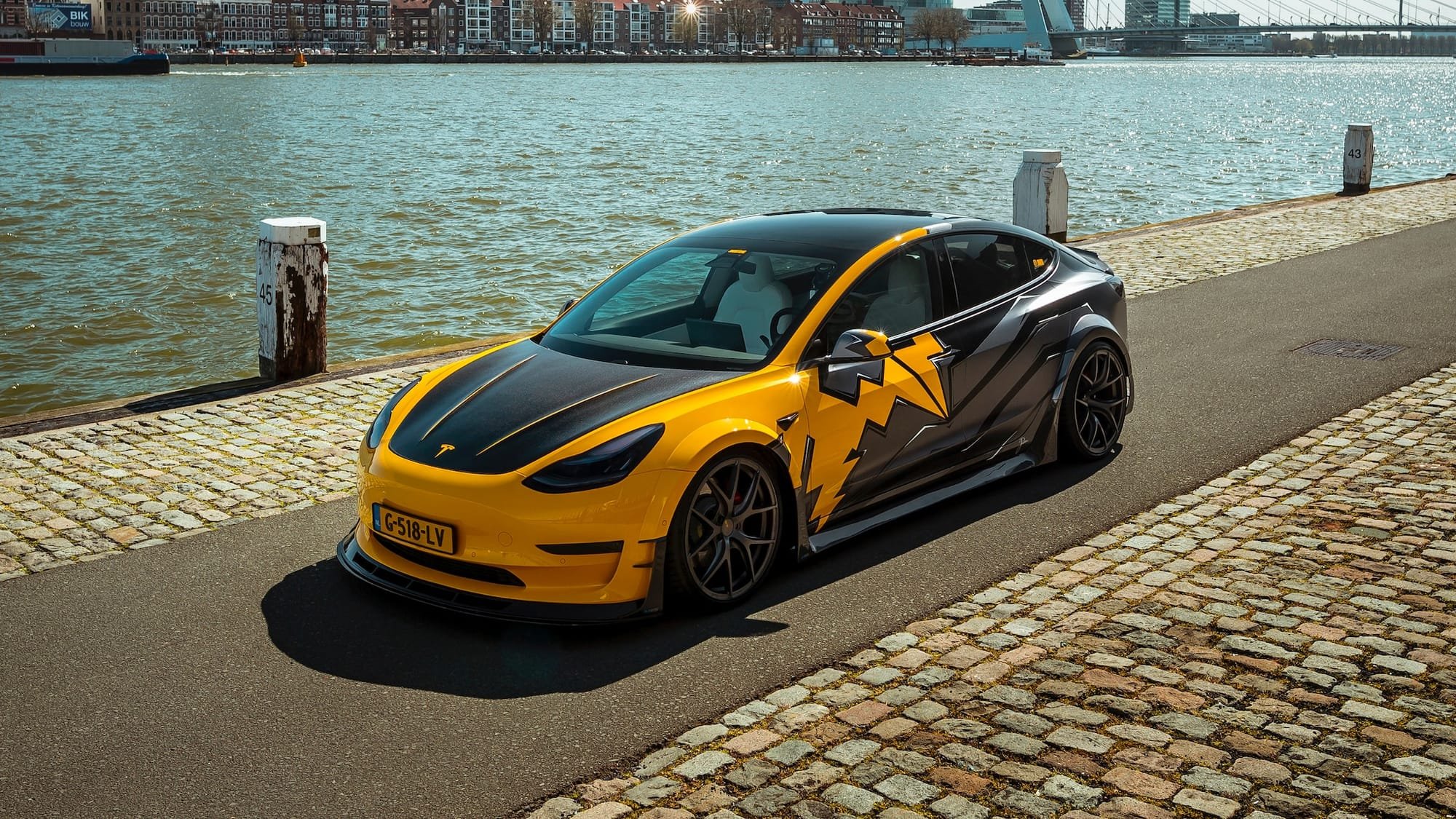 Tuning options for electric cars are limited. There is no engine to add power to, no exhaust back pressure to free up, and no transmission to sharpen. That doesn't mean aftermarket tuners aren't giving it a fair shot, though—there exist ways to juice electric motors and power delivery from batteries. (Tesla is capable of doing as much with its own cars via over-the-air updates.) Now R-ZENTRIC, a specialty arm of RevoZport that focuses on electric cars, has unveiled one of the craziest aero packages we've seen on any road car for the Tesla Model 3 Performance.

The aim? To make the Model 3 a high-downforce track weapon—without sacrificing drag performance, which is critical. Add drag, and you lessen a car's aero efficiency—which for an electric car means giving up driving range, as the electric motors must use more energy shoving the vehicle through the air. As such, the tuning outfit's built-out Model 3R Evolution (or M3R Evo for short) builds on the already zesty Tesla Model 3 Track Pack's capabilities and adds a host of active aero goodies that, according to R-Zentric, can adapt to the driver's behavior. Hammer the car, and various aero bits will reposition for max downforce; cool down, and the wings and spoilers retract to maintain low-drag performance, minimizing the aero kit's impact on driving range. Clever.

Those components include an active front splitter moves in and out underneath the front bumper to, you guessed it, either increase downforce or lessen drag as driving behavior dictates. There also is a massive carbon-fiber underbody diffuser that, like on some super high performance street cars, incorporates an active panel. If the flap is up, the diffuser does its best to limit drag. If the flap is deployed, the diffuser adds downforce to the rear of the car to help balance out the work being done by the diffuser up front. All the active bits are controlled by an optional G-force sensor.

Non-active aero enhancements are limited to a carbon-fiber ducktail spoiler integrated into the (also carbon-fiber) trunk lid. The hood is also made from the lightweight material, and the car sits on new forged three-piece, 21-inch Revozport wheels. Michelin Pilot Super Sports measuring 285/25R21 up front and 305/25R21 at the rear help stick the Model 3 to the pavement; as on the factory Tesla Track Pack, the EV's front track is 1 inch wider and the rear track is 1.3 inches wider. The M3R Evo's fenders have been extended accordingly.

Pricing for the complete Evo kit starts at $8,900 and goes up to $9,900. That might sound like a lot, but this upgraded Model 3 is still a heck of a lot cheaper than a 911 GT3, and in the scheme of factory Tesla options (such as the Full-Self Driving feature and the aforementioned Track Pack), it's not far off. So all in all, the new setup looks mean and it looks like R-Zentric has made the prospect of taking your EV to the track significantly more appealing. livescore