General Motors announced today it is voluntarily recalling 198,000 2006-2010 HUMMER H3 and H3Ts because a piece of the hood can shake loose and detach while driving. 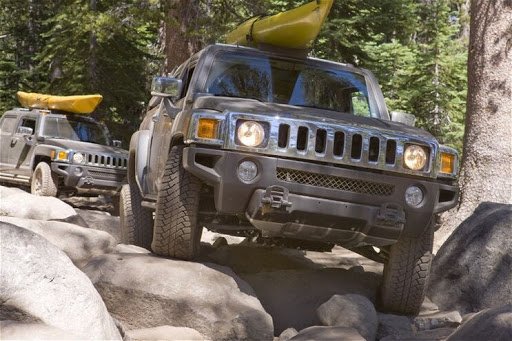 According to Hummer spokesman Nick Richards, the piece is the hood louver, which was functional on earlier Hummer models but is purely decorative on the H3. The tabs holding the trim piece intact could possibly fracture, allowing it to separate from the vehicle while in motion. Should this occur, the louver could possibly cause significant damage to the vehicle or surrounding traffic.

GM has received five reports of this happening with customers' vehicles (including three in Japan), and is voluntarily recalling all H3 and H3T vehicles built between 2006 and 2010. This equates to roughly 164,190 vehicles in the U.S., and an additional 33,810 examples outside of the country.

Although GM is currently in the process of winding the Hummer brand down, the repair -- which consists of applying adhesive between the hood and the trim piece -- will be performed at Hummer dealerships still in operation. Those without an operating Hummer franchise nearby are instructed to head to the nearest Cadillac dealership for the fix.  Poker