A native of Manchester, Gus Greensmith admits that behind the wheel of a rally car, it is surprisingly not on Wales Rally GB where the Brit feels most at home. 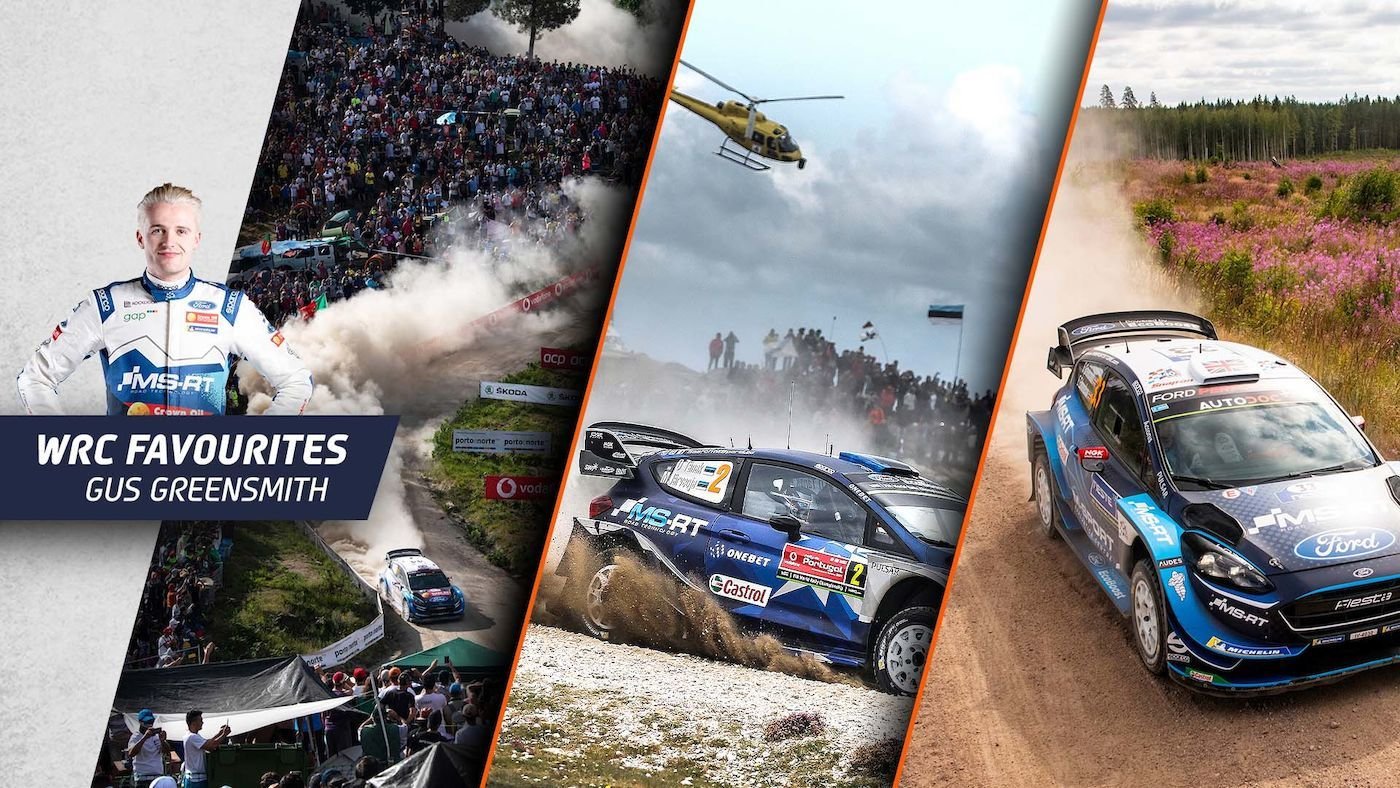 In the M-Sport Ford special edition of WRC Favourites, Greensmith reveals that it’s the Portugal stop on the WRC calendar that he relishes most.

“It was the first rally when I had left the country (Great Britain) to compete. It was a bit of a weird one, I went there without doing the recce because I was still doing my exams,” explains the 23-year-old on his first Rally de Portugal experience, back in 2015.

“I just fell in love with Porto, the areas around the stages and also the fans. To me, I feel more at home in Portugal than when I go to Wales Rally GB. It’s quite surreal.”

However, when it comes to his favourite car, the loyalties lie closer to home. “The car that I love the most and will always love the most is the 2017 Fiesta WRC. It’s just everything that rallying should be.”

That particular Fiesta landed M-Sport Ford their third Manufacturers’ title, as well as a Drivers’ Championship for Sébastien Ogier and Julien Ingrassia.

Greensmith also reveals his favourite stage, which you can enjoy in the video below.

You can discover which rallies, cars and stages light up today’s other WRC stars in a special WRC Favourites programme now available on WRC+. ผลบอล7M