Elon Musk Says Tesla Robotaxis Will Be Ready This Year

That said, government approval of commercial self-driving shuttles is another thing. 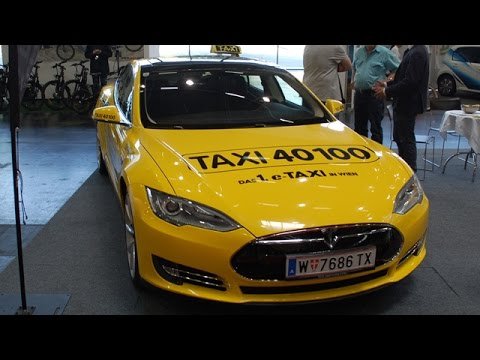 Tesla announced last April that it would unleash a fleet of self-driving robotaxis on U.S. roads by 2020. As part of the plan, Tesla owners could loan out their fully autonomous vehicles when they're not using them, and Tesla would collect a share of the profits. Taking to Twitter recently, Elon Musk confirmed the Tesla robotaxis will be ready this year, but it's unclear exactly whether governments will allow them—or how Tesla leapfrogged every other automaker, tech startup, Google, and others in achieving commercially viable, safe-enough autonomous-car capability.

Tesla's plan to achieve SAE Level 5 autonomy is extremely ambitious, and it is uncharted territory in the industry. (For an idea of how far off Level 4 or 5 seems, consider how most lane-keeping self-steering systems and adaptive cruise control combinations available today achieve, at best, SAE Level 2 autonomy—including Tesla's Autopilot functionality—and demand constant driver monitoring.) Even more ambitious is that Tesla envisions 1 million of these fully autonomous cars on the road as part of its robotaxi network. Musk expects full autonomy will be ready first in big cities such as San Francisco and New York.

So, where are all of these robotaxis coming from? All Tesla vehicles being produced now are claimed to have the sensor hardware necessary to facilitate full-self driving. Tesla up-sells customers with a "Full-Self Driving" option today—but its cost merely represents the promise of the software that will need to be downloaded in the future, when available, to unlock actual autonomous-driving capability. Meanwhile, the automaker has been working on a next-generation computer chip that's at least three times better than the current one, to better handle the computing rigors self-driving demands. Tesla's Full-Self Driving computers rely on data gathered by eight external cameras, 12 ultrasonic sensors for detecting nearby objects, and a forward-facing radar.

Musk said last April he envisions Teslas being built with no steering wheel or pedals "probably two years from now," meaning sometime in 2021. He has also previously said regulatory approval of full self-driving technology will likely start to become a reality in at least some jurisdictions toward the end of 2020. But regulators are likely to approve it first for truck platooning, with one driver up front and other trucks following behind in a convoy, he mentioned. So, while Mr. Musk may say his company's autonomous capabilities will be viable this year, we don't think anyone will be riding in a Tesla robotaxi anytime soon. เว็บพนันบาคาร่า